When I was in my twenties and thirties, I traveled a lot by bicycle: in my own country and Canada, as well as in Europe and Asia. Back in those days, visas were easy: if you overstayed your airport visa you could go to the country next door and come back to where you started from.  Well, of course, you can’t do that anymore. In this age of terrorism and massive migrations of the ‘have-nots’ to the countries of the ‘haves’ for a better life, rules and regulations have proliferated.

In this age of terrorism and massive migrations rules and regulations have proliferated.

In 2012 I retired; I have a pension, savings, and medical insurance. But none of that is good enough in the Schengen Area – those 26 countries that signed an agreement to become borderless for those who legally live in those countries.

For the rest of us, we are only allowed a visa for 90 days to visit ALL 26 countries within those 90 days.  What’s worse, once those 90 days are up, we can’t come back for another 90 days.  Does this make economic sense?  For those who live in these countries, yes.  Those citizens can live, work, and travel without the need for a visa or work permit as long as they are in good standing in their own country.  Those countries do not need a work force at the borders; no paperwork either!  (And just to confuse matters, even though the U.K. did not sign the Schengen Agreement, they can still come to the Schengen Area and live and work without restriction—all these perturbations of the European community (with a small ‘c’ here) are very confusing to those of us who don’t live in Europe.)

The European Commission currently is financially supporting development of approximately 14 long-distance bicycle routes throughout Europe, all the way to Moscow, to the Black Sea, to Turkey. But those of us who don’t live in the Schengen can only attempt these routes 90 days at a time.  Does that make economic sense?  It has been proven that cyclists spend more tourist dollars than the EC originally thought.

So what’s a retired cyclist to do?

Well, after spending 90 days in France August-October 2012, and not having known about the Schengen before I retired,  I had to leave my bicycle and luggage in France and fly home to apply for a French national long-stay visa. Fortunately, I was able to get one of those coveted visas which I can now renew from France itself. But what does this get me? This only gets me a long-stay (one year at a time) visa in France with multiple entries. Once I cross the French border into another Schengen country, the 90 days starts ticking again. I must be sure to get back into France before those 90 days are up and, if I actually spend all 90 days in the Schengen area, I have to wait another 90 days to visit any one of those countries.

Cyclists know that the weather, breakdowns, and getting a cold can radically alter travel plans.

I have been advised by the EC that 90-day visas work for “most people” and that since the United States only gives 90-day visas upon arrival, that’s the limitation to the Schengen visa.  And now, a consular officer pointed out to me, since I have a long-term stay visa in France, I can apply for other national visas from France.  And that, of course, would be a nightmare for me: I would have to tell each and every country my arrival date and expected departure date.  While traveling on a bicycle? Cyclists know that the weather, breakdowns, and getting a cold can radically alter travel plans. And that doesn’t include finding a fabulous little place by accident that one would like to spend a week or two in while exploring, eating, learning, and meeting the local people (and spending money!)

Recently issues have arisen about the Schengen Agreement; please see this article on the BBC news website. I hope that more cyclists will write to the EC.  You can voice your support and your opinions to the EC here.

This post was written by Elena Robisch. Because of the international issue we decided to publish this article in the original language, namely American-English. If you like to get in contact with Elena, we can provide you with her e-mail address. We like to thank her for this contribution. 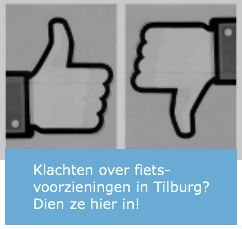